We started this past weekend off pretty good. My wife and I wanted to stay pretty close to the house cause we had a ton of stuff to get done at the house. Trying to get things done with a toddler and an infant around is damn near impossible. So we took the kids to the park.

We met up with some good friends of ours and let the kids play. They played more by themselves cause my kid is weird and does not like to play with others. I think she gets that from me. Maybe it’s because she likes to be the boss. She gets that from her mother.

When I say my toddler played hard I mean hard. We got home from the park and she wanted a snack. I gave her some goldfish crackers, which I am convinced is cocaine for kids. I proceeded to make dinner and then that’s when I heard it.

I came around the corner and found this. 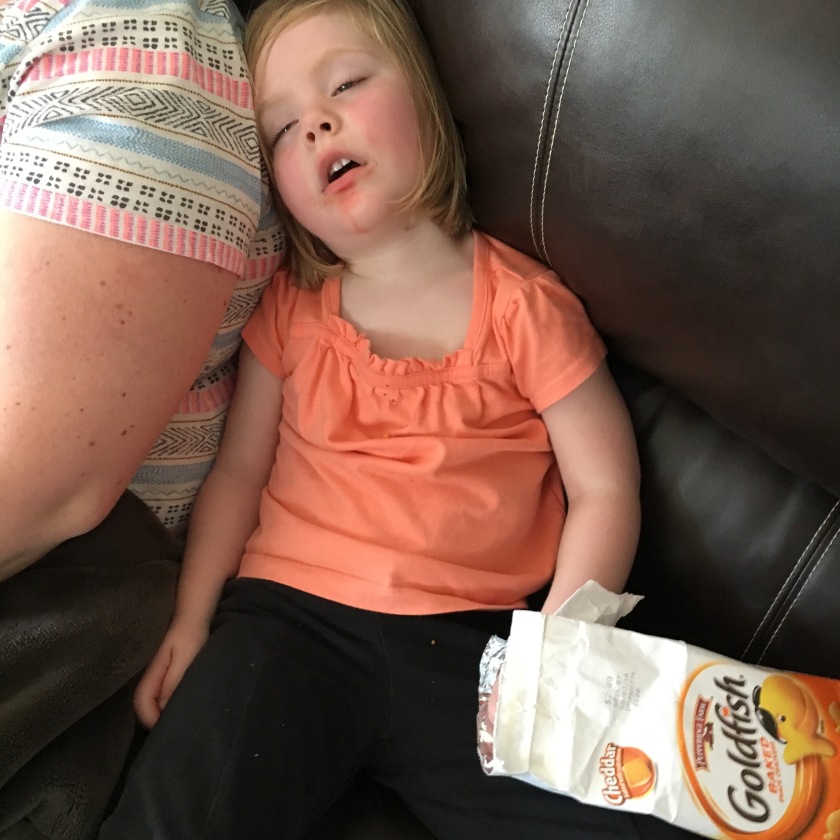 I never have seen someone fall asleep with their eyes open before. My wife tell people that I do it but that is not true, also like I fart in my sleep.

Here is a better shot. 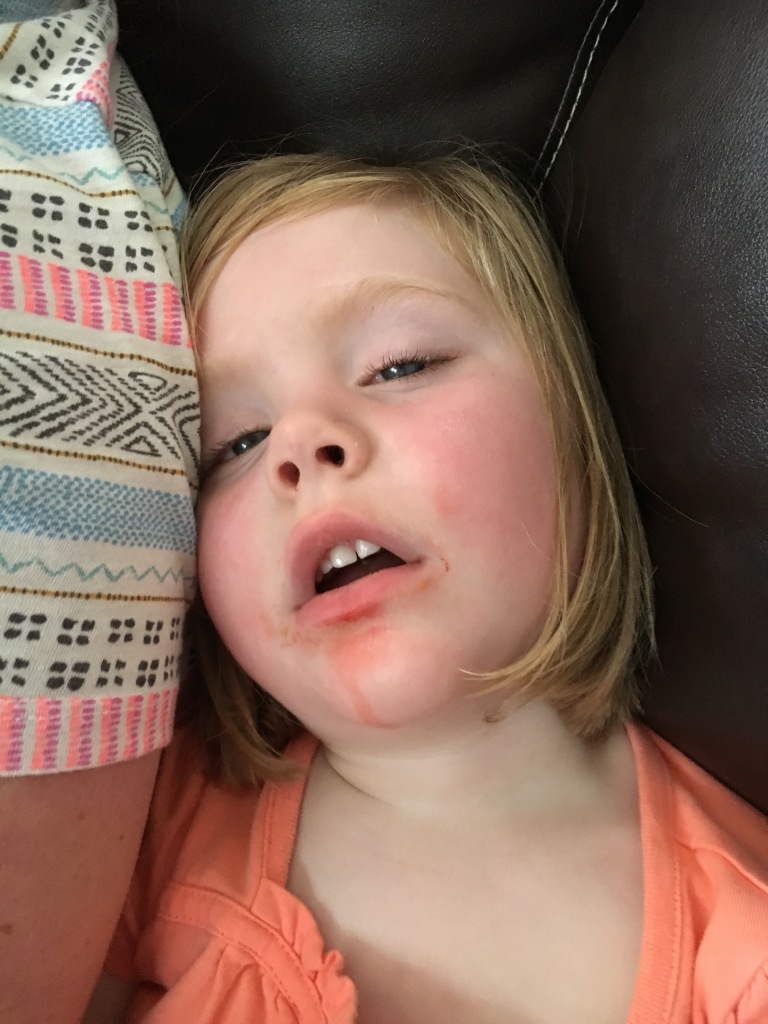 Here is to say my kid is way creepier then yours. ﻿