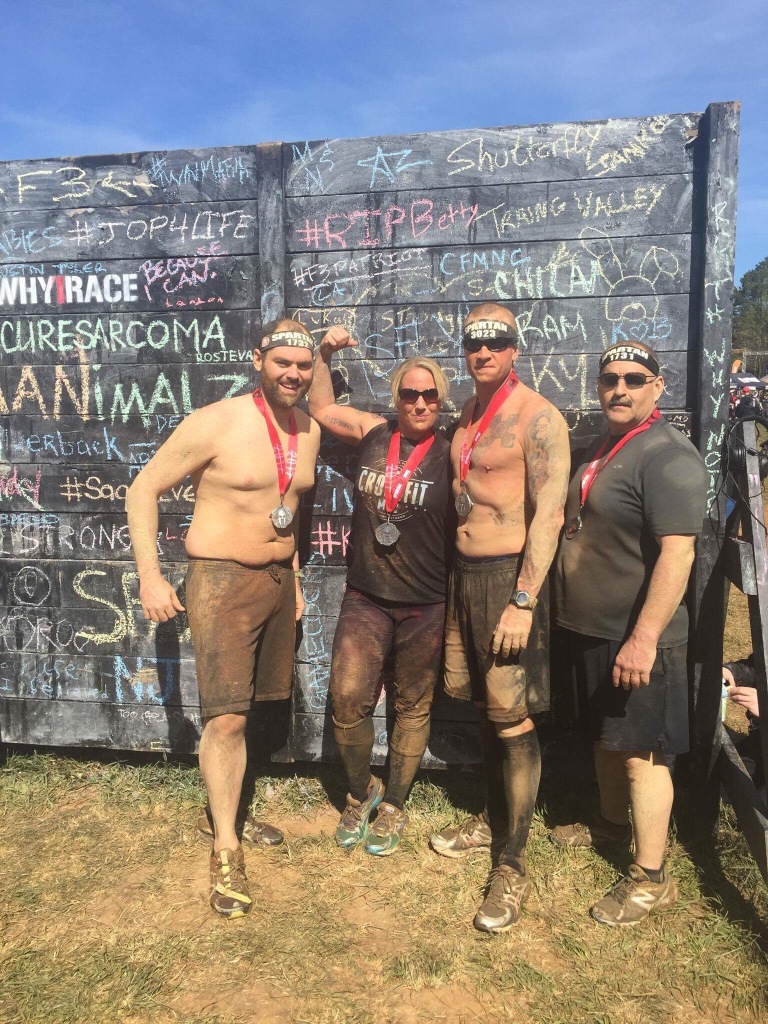 I do have to be honest about something. I am not a huge fan of obstacle races. I just don’t like them and I kind of think of them as a joke. I just imagine myself as a fifth grader running on the school yard during field day. I just did not understand everyones obsession with these races. That was until I did one myself.

Let me start by just stating that there is no way I would EVER do one of these races by myself or in a competitive setting. 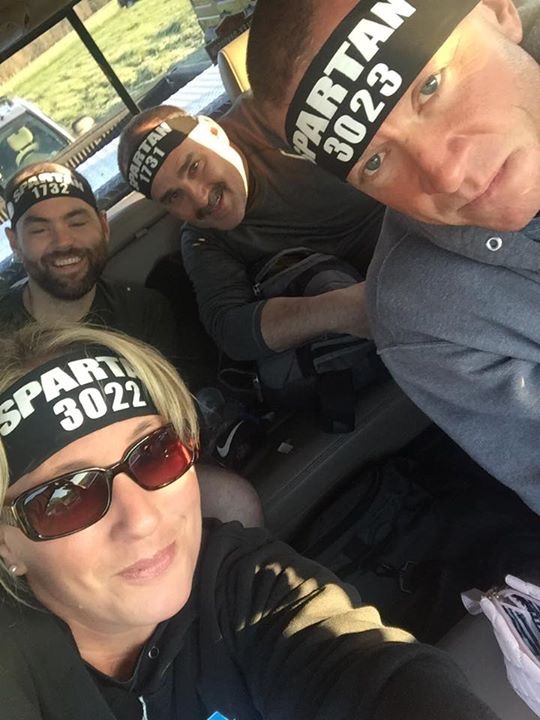 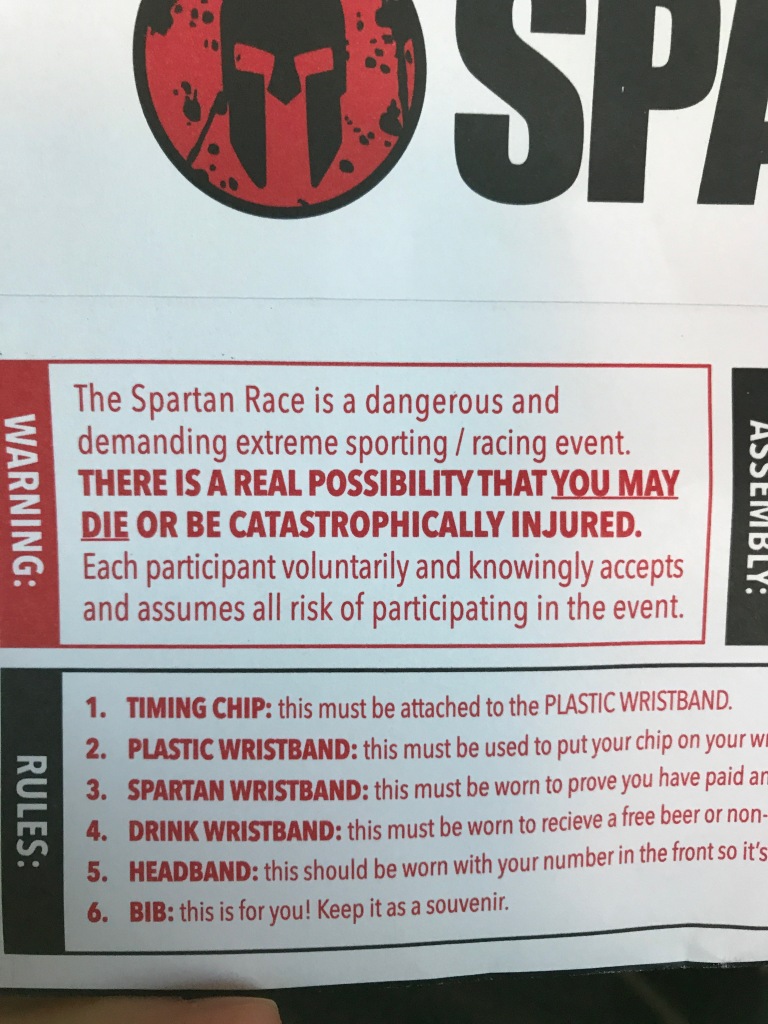 When my team(Reaper Crew) got to the farm we got checked in and received our bib number(which is this really tight headband that squeezes your head to no end) and trackers. We walked around the “festival” and saw all the beer vendors, merchandise, and other events marketing. It looked like a regular race like I was used to except one thing… People were just walking around hardly wearing anything. Guys with no shirt and compression shorts that left nothing to the imagination. The girls with tiny shorts and very low cut sports bras. It was like one big underwear party. Which would have made more sense if it was in the summer time but it was April and 49 degrees outside. 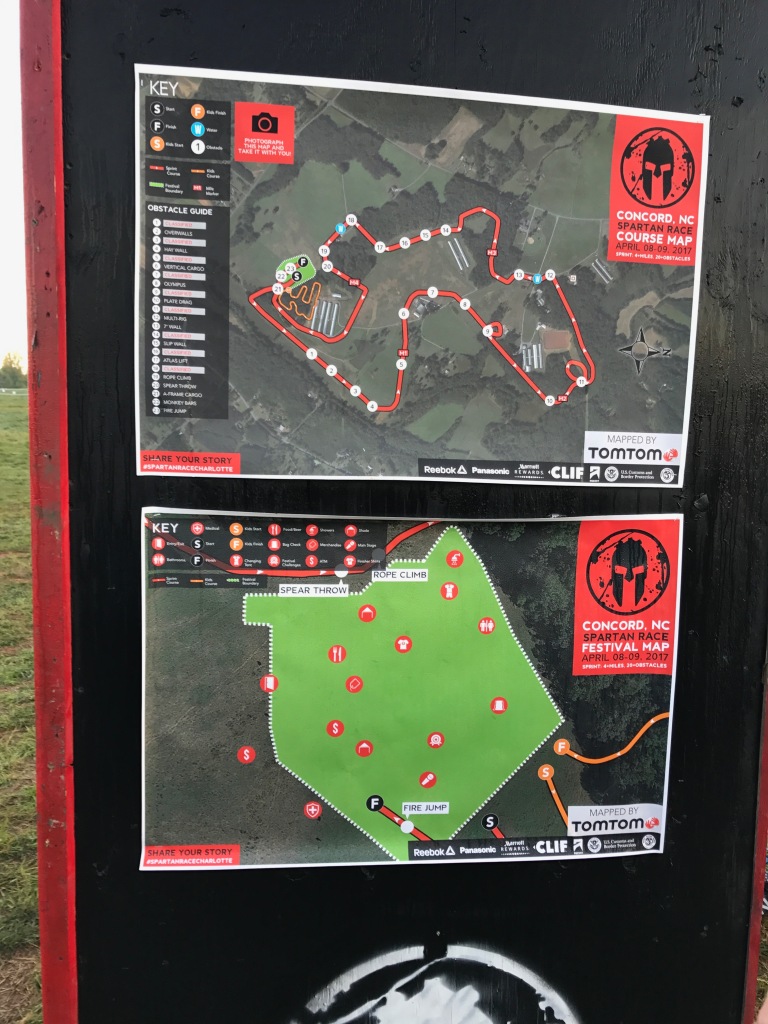 Our start time is 8:30 in the morning so we got hydrated, got our bib number tattooed on our arms and got ready to be called to the start line. Soon an old man told us the rules and people started jumping over the wall behind him to get to the start line. It was time to begin.

Once the man yelled out “GO” we were off. We kept a very easy yet challenging pace. I am not a trail runner so the terrain seemed a bit of an adjustment. Soon we came to the first set of obstacles which were big walls. I easily hurdled through those and made my way to the next wall which was way bigger. I need a little bit of a boast for that one.

The next few obstacles were easy. Jumping hay and climbing on rope ladders made me wonder if this was the hardest part of the race or if it was just the intro. I was right about the intro part. Soon the obstacles took a dark turn.

There was a peg wall where you had to get across and not let your feet touch the ground. That was hard so my teammate Larry held my ass and guided me across and I did the same for him. I did manage to still pull a muscle in my gluten.

Moving on from that we came to the bucket tote. This is where you fill your bucket full of rocks and carry them down a hill and then up a hill. It does not seem bad but you were not allowed to carry the bucket on your shoulders. I made it through first but my back wished I did not.

After a run through the woods we did a sled pull which was not problem and a sandbag carry up and down a hill. Soon we found ourselves walking in a creek and then coming to a hole of muddy water. We had to slide down into the mud pit and then climb up the mud mountain into another muddy water pit and then submerge ourselves under water to go under a wall to the other side. I was not smart here cause I did not feel for the opening under the wall and thought I was going to drown.

After I almost died we had to carry a muddy atlas stone and do burpees. This was also after we crawled under barbwire in more mud. I was completely brown at this point. 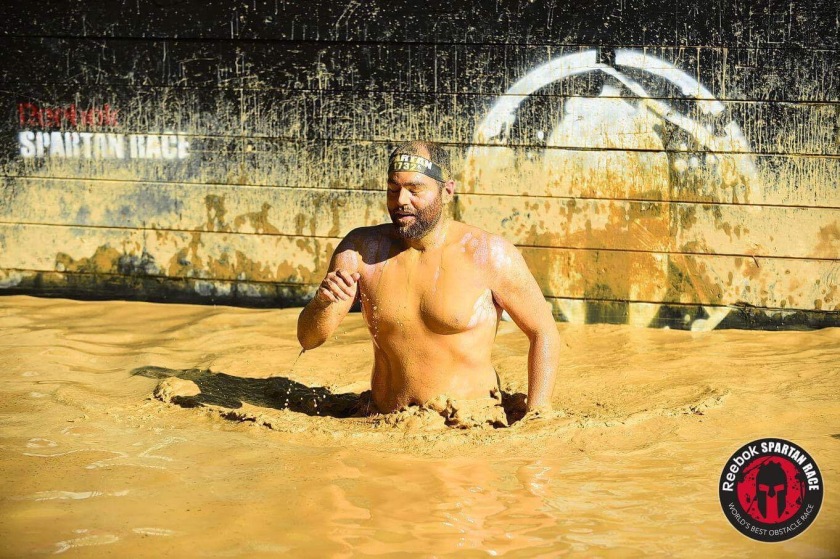 The next few obstacles were very standard. A weight pulley, a climbing rope(which was the hardest thing ever and I settled for 30 burpees instead), and a spear throw.

Finally we could see the end in sight. We did not another climbing rope ladder and then some impossible monkey bars. The we jumped over fire as a team and crossed the finish line and got our well deserved medal. If I am going to get absolutely disgusting then I better have some bling and a beer waiting on me at the other end. I did and it was awesome. 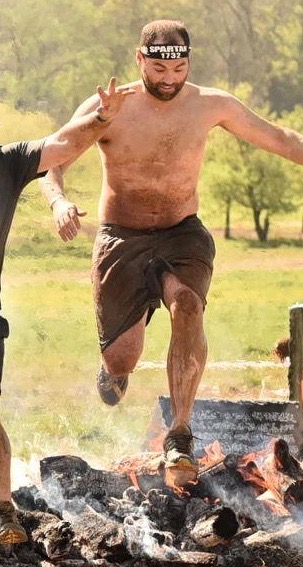 Would I ever do another one? Yes and no. I would if my team asked me to and no if I had to do it myself. The hardest part in my opinion other then the race was trying to get the mud off you. I was in the “shower area” getting pressure washed while joining the other people who stripped down to their underwear. Its was very revealing and also very human for me to put it all out there like that. 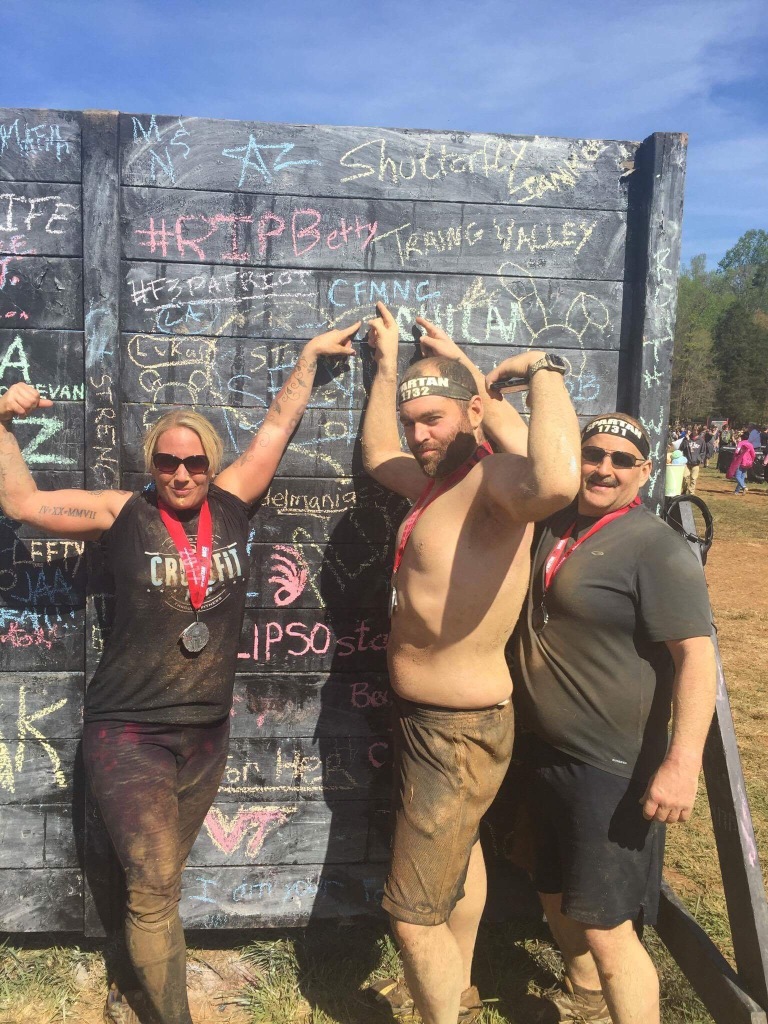 I enjoyed myself and my team but a spartan life is not one I would do annually, however it was a blast.

One thought on “Spartan Sprint To Victory- Reaper Crew!”