Today is a really cool day for all Star Wars fans. Its the day of the year where we really show why Star Wars is cool. If only I could get my wife to see it. She hates it and kind of leaves me to explore the galaxy far far away.

Since my dad passed away I have tried to keep the Star Wars love alive. I went and saw The Force Awakens when it came out by myself but it was like he was sitting beside me. He would have loved the new trilogy.  I know he would be really excited for The Last Jedi. I must say that Disney was the best thing that ever happened to the Star Wars franchise.

Of course this year brought us to not so good news with the death of Carrie Fisher. She was a culture icon and was very funny both on and off screen according to those who knew her. She was a real joy to watch. 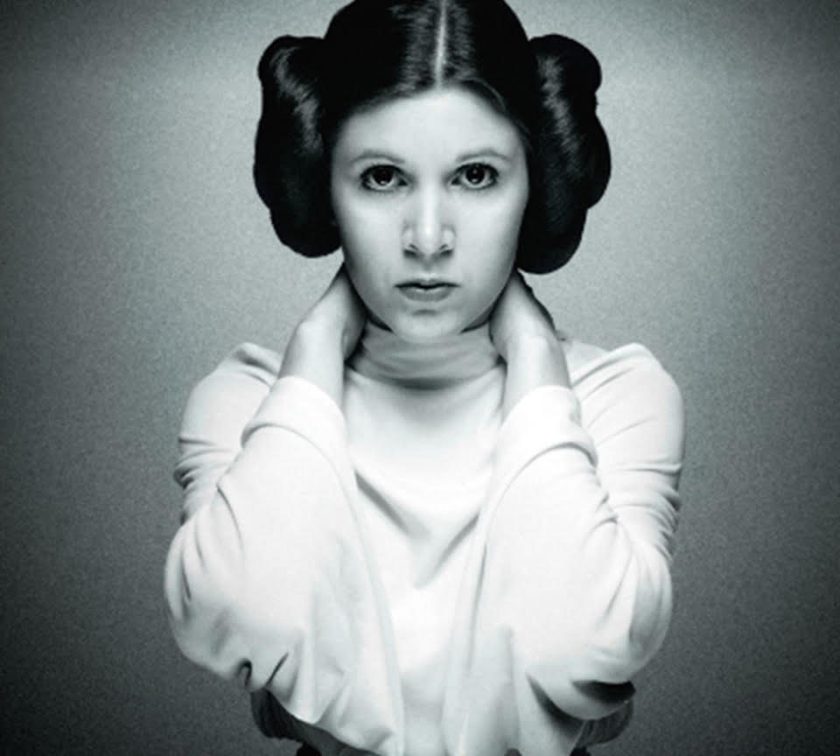 I have incorporated Star Wars in everything. I drink coffee out of my stormtrooper mug, wear my droid socks, and I even decorated my car in some cool Star Wars decals.

The coolest thing I did this year was go to Disney World and go to Hollywood Studios and visit some of the cool Star Wars stuff they had there.

The year I have decided that for the year 2018 I will be participating in The Star Wars- The Dark Side Half Marathon Weekend in Disney World! Super excited to not only do my first Disney race, but to running with other Star Wars fans. Its going to be a good time.

I hope every Star Wars fan enjoys the day and always… Let the force be with you!

Ok I know that everyone is really tired of hearing about my crazy foot pain the week so I have one last story and then I am done talking about I promise.

I went to work yesterday dealing with pain. I could not even put my tennis show on cause it was so swollen. So I ended up leaving early from work and heading to Urgent Care to get it checked. It turns out it was gout. I thought it was. So I got the usual prescription and left.

My dad surprised me with a free ticket to see the new X-Men movie. I had already promised him I would go and plus it was the freaking X-Men! So we got there early and I listen to my dad give me spoilers of upcoming episodes of Game of Thrones and recap the the entire latest season of Two and Half Men. Does anyone still watch that? Soon the movie started.

Right before the ending I felt like I was going to cry. Now because of the movie, even though it was awesome enough to, but because my pain went from an 8 to a 12. Finally the movie was over and I looked down and my foot had swelled up even more than what it was. I looked like Fred Flintstone. So I had to limp back to the car.

I wish I got a picture of how big it was so you guys did not think I was just being a little bitch. Today I look better and I can actually walk on it without looking like Little Moe with the gimpy leg.

Ok I am done. No more talk about my crazy foot issue anymore. Just take two things away from this post. They are that gout sucks and the new X-Men movie is awesome!

As many of you know and did in fact celebrate it, this past Sunday was Star Wars Day! Yes I feel my inner geek coming out as I am typing. I actually forgot like I do every year. I blame my kid. My dad actually reminded me on Friday when he came over to the house to see K-Dub.

So what was one to do on such an awesome, not-so-real holiday? Watch Star Wars of course.

The only problem was that I had a lot of stuff to do on Sunday and could not get to my favorite of the six movies, which is of course Return of the Jedi! I had a party to throw for BrittWhitFun’s grandma(which we call Nana). I also had to do some house cleaning. By the time I got upstairs I was exhausted.

I popped the DVD in and hit play and just like that, I was in a galaxy far far away. I saw my favorite parts like the big speed chase through the ewok infested forest and then something crazy happened.

I woke up and the movie menu was playing. I had fallen asleep through the last half of the movie. I felt bad. Maybe next year I will do a better job of remembering and make a plan to have a Star Wars movie marathon at the house. I might even dress K-Dub up as Yoda. That would be cool.

Although my Star Wars Day was a bust, check out these awesome families and how they celebrated Star Wars Day! 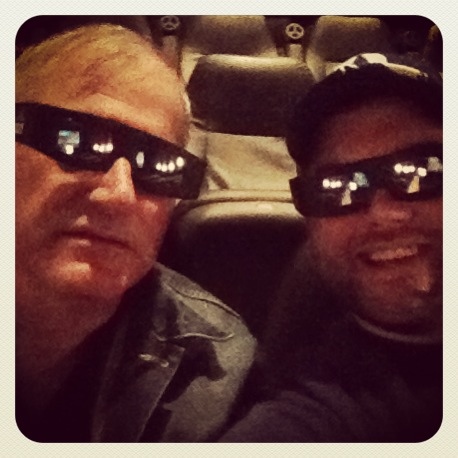 This past weekend my dad and I got together And went to the movies to see Jurassic Park in 3D. I am not really a big fan of 3D movies cause I think they are more of a marketing gimmick than anything but there was another reason this movie was on our list to see.

The last time I seen this movie I was seven years old and my dad took me to see it. I remember sitting in my seat with my head on his shoulder asking him when the scary parts were going to be over. Still to this day I have a little fear that a raptor is hiding in my closet. You know those things can open doors right? It brought me back to that place and it will always be something that me and my dad will share for the rest of our lives.

Now that I am a father myself it makes me think about the movies I want to take Karsyn to see. It might not be something as scary and intense as Jurassic Park but it might be something better.

Well I finally saw Marvel’s The Avengers last night and I must say it was a very fun evening. I forgotten how crazy a movie theater could get!

Brittney and I arrived and met our friends Andy and Melissa for dinner and drinks and then headed over to the theater and I have to say I got my $10 worth.

There was tons of people there and there was even a group of workers dress for the occasion! Waiting in the lobby to get in the movie was just as fun as the movie itself.

I kept tweeting pictures (@tylerfun) as they let us pose with them. Finally the doors opened and we were ready to see this thing.

The movie theater was packed. I am glad we got there early cause we would not have been able to sit together if we were late. When the movie started the packed theater got silent and the real fun started.

The movie was awesome. It was everything I hoped and knew it was going to be. Brittney even liked it and she has never seen any of the other movies besides Iron Man. It had so much action in it and it also had moments that were quite funny. If you have not seen it yet then do yourself a favor and get to the theater. I give it a well deserved A

As I head out tonight to see Marvel’s The Avengers with some friends, it makes me realize one thing. Its summer movie season. This my favorite thing about summer. All the best movies come out during this time and its the only time my wife and I don’t mind making a trip to our local theater. Here are the movies coming our this summer we are most excited to see.

Looks like it is going to be an awesome summer. What movie are you most excited about this summer?